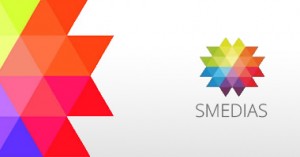 The awards are attended by almost every student decision maker and opinion leader from third level campuses across Ireland. They receive blanket nationwide media coverage and are highly respected by college management and staff.
The Smedias are Ireland’s only successful commercially branded student event. Previous award ceremonies have been broadcast on National TV both as outside broadcasts on News 2 and recorded for Six One News on RTE1, TV3 News and 3e FYI.
Becoming a sponsor of the National Student Media Awards creates the opportunity for an Advertiser to really penetrate the student market in Ireland and have a National presence.

In 2013 The Smedias celebrated its 13th Anniversary. Held in the Ballsbridge Hotel and presented by Lucy Kennedy it had 34 individual Media categories to win from and over 600 guests attended the night. Famous media personalities and celebrities who graced the awards with their presence included Brian Dobson and Roz Purcell.

Open to students from every college across Ireland and respected by Media Industry Leaders. It’s the Oscars for Students!
The chance to have a presence on every college campus and really leverage your sponsorship association across the entire year by using Oxygen’s full suite of services.

The biggest night of the Irish Student calendar. The most respected student event in Ireland. Attended by almost every student decision maker and opinion leader in third level campuses. Presented by Irelands biggest media talent/stars. Highly respected by college management and staff. Fostered by the national media. The only successfully commercially branded student event in Ireland. Broadcast on National TV.

Smedias 2013 had over 1,300 entries from student journalists nationally and was judged by national journalists, including Geraldine Kennedy, Paul Williams, Myles Duncan, Avril Hoare and the TV3 News Department. The award ceremony itself is promoted by using our full suite of services which include: On-Campus promotional educators, a dedicated email and SMS campaign, branding poster campaign, online at Oxygen.ie, a dedicated facebook & twitter page , via our weekly Spanner Ezine newsletter. 500 A1 posters were posted in colleges and universities all over the country and thousands of flyers were also distributed. A dedicated email campaign sent to over 100,000 students nationwide containing details of the awards ceremony and its sponsors was run. Received unprecedented coverage in local, national and campus media. The award ceremony was also broadcast on 3e’s FYI show before and after the event. Clips from the different nominees were featured on the TV3 website. The Award ceremony winners featured in EVERY single National Newspaper in Ireland, on Every National Radio station and on 3e. It also received coverage in each of the winners local media, as well as the individual college campus websites/newspapers and radio stations.

Branding at the event, on the tickets, on all the media promotional material.The opportunity to present your category sponsorship award on the night. Fantastic PR opportunities – coverage in the national press/radio/online and mass brand exposure within the student market nationwide. Access to the biggest database of 16 to 24-year-olds in Ireland. The opportunity to sample at the event on the night. Extensive media coverage.A firm presence in the lucrative student market and brand recognition in the colleges.A way around the cynicism that student’s normally view sponsorship with.The opportunity to develop activity within the colleges.A partnership with Ireland’s most popular student Website.